Is the world running out of Sand?

As cities get bigger and modernization spreads globally, a natural resource that once seemed limitless is starting to disappear faster than Mother Nature can replace it.

About 40 to 50 billion metric tons of sand, gravel and aggregates were used each year since 1991, tripling previous annual totals, according to The Global Sand Observatory, a United Nations-related group out of Geneva, Switzerland.

Other than water, no other natural resource comes close in terms of usage. And with continued urbanization, population growth and infrastructure development expected worldwide, the numbers are expected to continue rising.

“We just think that sand is everywhere,” U.N. climate scientist Pascal Peduzzi told CNBC. “We never thought we would run out of sand, but it is starting in some places. It is about anticipating what can happen in the next decade or so because if we don’t look forward, if we don’t anticipate, we will have massive problems about sand supply but also about land planning.”

Sand is used by many cement producers as the silica mineral additive needed to make the clinker. Sand also is used by concrete producers as the fine aggregate filler. According to a report by CNBC.com, the U.N. estimates that 4.1 billion tons of cement is produced every year, driven primarily by China, which constitutes 58% of the world’s construction.

As a result, people living in urban areas has more than quadrupled since 1950 to about 4.2 billion today, a number that could double by mid-century.

And while sand is found in almost every country on Earth, the finer sand located in deserts and on coastlines often is too fine for use in concrete. As needs grow and traditional sand pits are drying out, extraction locations are shifting to rivers, coastlines and oceans, which is impacting those ecosystems.

One solution in Europe has been a move to using recycled concrete. But more answers are needed, and the Global Sand Initiative is gathering the data to figure out where we are and where we need to be to keep this valuable resource available for future needs.

“We have been exceeding easily available sand resources at a growing rate for decades,” U.N. Environment Program Acting Executive Director Joyce Msuya wrote in the group’s “Sand and Sustainability” report. “We are spending our sand ‘budget’ faster than we can produce it responsibly. Complex questions on how to deliver on ecosystem and biodiversity conservation goals alongside necessary improvements in transport, infrastructure, housing and living standards are looming.” 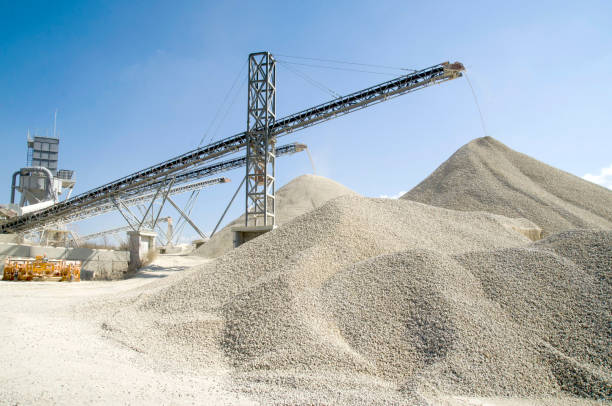